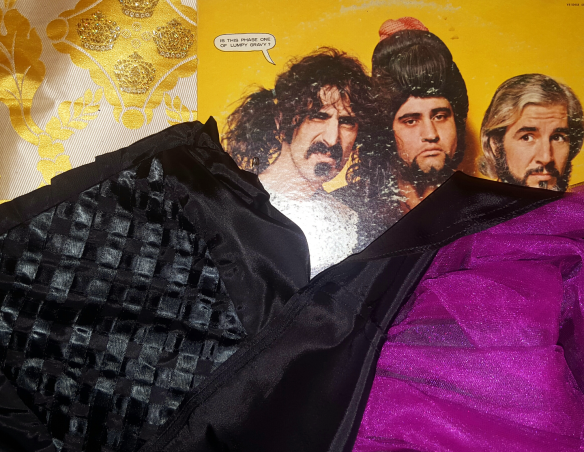 “Making It” was a sewing school in Philadelphia that offered city kids advanced learning in the sewing trade. It was a place where could be left alone on projects and tune into higher concentration of thought and reflections. Forget soccer and tennis, stitching was the sport. A teacher presented the idea that there were three types of dress in the world: Simplistic, Romantic, and Eccentric. The question was which one were you?

The school was also next to a funeral home that happened to be where my brother’s wake was held. Side by side, stitch by stitch, spinning threads and Santi’s Zappa albums began to hone skills in the big pattern puzzle where with patience could begin to dig out and start “Making it”.